JAMES BOSWELL’S GRAND TOUR
Beginning late in the 17th century, The Grand Tour—the extended journey through Europe undertaken by young British gentlemen to finish off their education—became popular and fashionable for many young British sons of the aristocracy. Typically, the young men already had a thorough grounding in Greek and Latin literature and some interest in art. Two to three years spent living abroad, accompanied by their tutors, offered them the opportunity to absorb the art and cultures they were visiting and improve their language skills. An added benefit was the greater freedom the young travellers experienced on the Continent, where their involvement in drinking, gaming and romantic liaisons posed as little inconvenience to their families as possible. 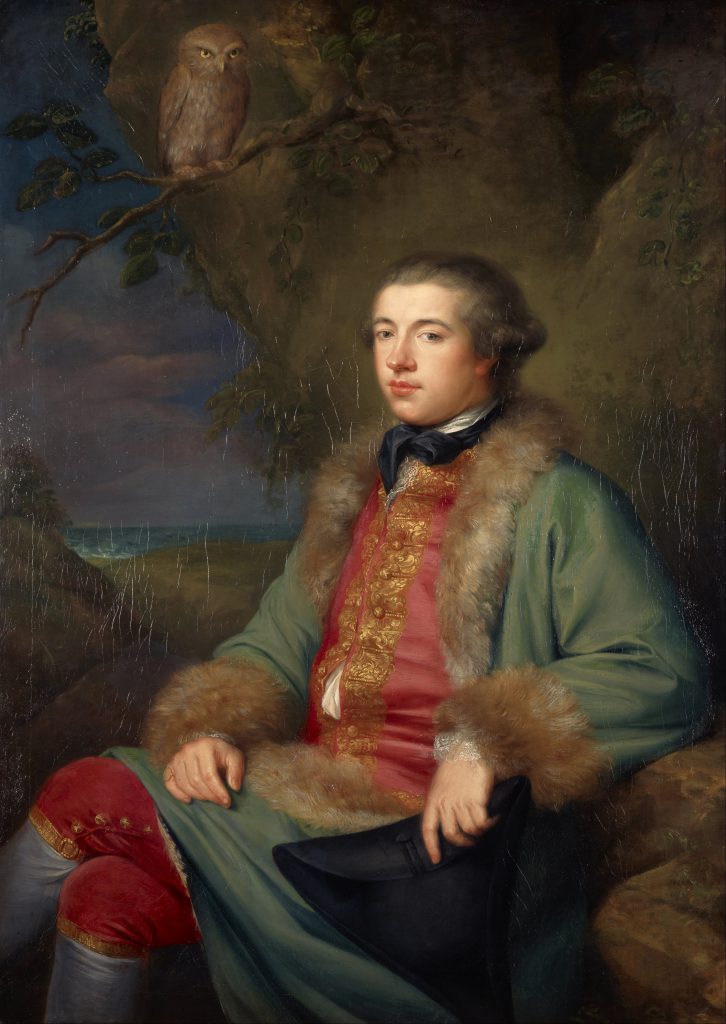 Boswell, best known as the author of The Life of Samuel Johnson, what many consider the greatest biography in the English language, first visited London from his native Edinburgh in 1760 at the age of 20. The city’s culture—and its women—dazzled him and he began a three-year struggle with his father, an eminent judge, to remain permanently in the capital. Father and son ultimately worked out a compromise and just before his second London visit in 1762 where he was first introduced to Dr. Johnson in a bookseller’s back parlor, Boswell began keeping a diary, London Journal, 1762-1763, a practice he would continue for 33 years.

By 1766, Boswell’s Grand Tour was nearing completion. As a favor to Rousseau, he agreed to accompany Rousseau’s mistress to London before returning to Scotland to take his final law exam. “When a man is tired of London he is tired of life,” Johnson famously said. Boswell, apparently never tired, and his short stop in London allowed for a brief affair with the philosopher’s mistress!

FURTHER READING
Boswell, The Life of Johnson, 1791. Many editions.
Boswell on the Grand Tour: Germany and Switzerland, 1764. McGraw-Hill, 1953. Edited by Frederick Pottle.
Boswell on the Grand Tour: Italy, Corsica and France, 1765 – 1766. McGraw-Hill, 1955. Edited by Frank Brady & Frederick Pottle.
Boswell, A Journal of a Tour to the Hebrides with Samuel Johnson, LL.D., and Johnson, A Journey to the Western Islands of Scotland

THE GRAND TOUR IN ITALY
Beginning late in the 17th century, long before travelers came to be known as tourists, foreigners began making what was later called The Grand Tour of Europe. In the beginning, The Grand Tour represented a kind of finishing school for young men of means, primarily among the British upper crust. It was how one learned to become a gentleman, setting the stage for a leadership role. To be educated was to be cultured, making the Grand Tour a mark of attainment in one’s classical education. The Grand Tour familiarized these travelers with the great works of art and architecture from ancient times through the Renaissance.

THE GRAND TOUR TRAVEL COMPANY organizes private cultural tours to Europe and the U.S. for public broadcasting stations and other non-profit organizations. We work closely with each station to provide custom itineraries that best fit your format, mission and goals. Our tours can feature music—major  performances of classical or jazz; history or current affairs; art & architecture; and cuisine, and include NPR and PBS personalities.