Our superb professional tour directors who manage each TGT trip are some of the best in the field with many years experience in Europe and the US. You can count on them to be available to handle problems, and your safety and security twenty-four hours a day every day. In addition, their extensive knowledge of our destinations complements that of our expert local guides.

James is a native of Oxfordshire, and educated at Durham University, the Courtauld Institute of Art and the University of Paris-Sorbonne IV where he obtained his MA degree in the history of art. In 2011 he was awarded a PhD by Southampton-Solent University for a thesis entitled ‘Illustrated Travel: steel engravings and their use in early nineteenth century topographical books’. James has lectured on art history in Paris, where he is an official guide-conferencier allowing him to lecture in all major museums in Paris including the Louvre and Orsay Museums, he has given tutorials at academic institutions in Paris, and translated major exhibition catalogues from French into English. His current academic interest is the history of the book and in recent years has written a number of articles on his specialist subject for scholarly journals.

Alasdair Clayre comes from a long line of explorers. His mother’s father and uncles were ships’ captains from Shetland. His grandparents met on a voyage from South America. He was born in Borneo and grew up in a tribe. Back in Britain his mother took him to cathedrals and castles and archaeological digs in Spain, visiting the Bedouin in Arabia, or climbing the Canadian Rockies where his father was building hospitals. Alasdair enjoys not just the logistical challenges of leading groups, but the opportunity to help others understand and access different cultures and perspectives. He thinks travel is the best education.

Gavin has been a guide in Europe for the last eighteen years. His particular fascination is in the role played by medieval, Islamic Al Andalus (Spain) in initiating the Renaissance. Gavin studied the History of Art and Fine Art at Cambridge University (Homerton) and the London Institute (Camberwell) as well as Theatre Studies at Arts Ed, London. Gavin also directs and writes for the theatre. He divides his time between his home in Spain and his base in the UK. He and his partner, Serena, have a daughter, Ygraine.

Jonathan has more than 30 years experience and has earned a star reputation for excellent service in the luxury travel industry. He started his career as a local guide in San Francisco where he quickly became a chauffeur-guide for heads of state and Hollywood celebrities such as Gene Kelly, George McGovern and The President of Sri Lanka. Then he flew small planes in California’s Central Valley and became a steward of private jets for Warner. After working as a Travel Director in the USA he continued to guide more than 250 tour groups and many individuals in Europe and other parts of the world. I.J. is multilingual, charismatic and cooks a mean curry. He is frequently found playing chess for the East India Club in London and spends the winters on his farm in Uruguay growing flowers. His passion for the rich tapestry of art, classical music, culture, wine and cuisine make him the suitable candidate to expand, lecture, and ultimately share this fascination for travel with even the most experienced and curious of minds. 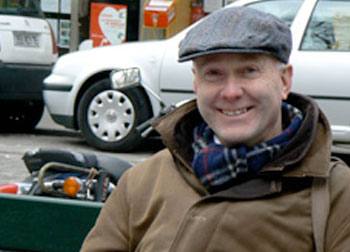 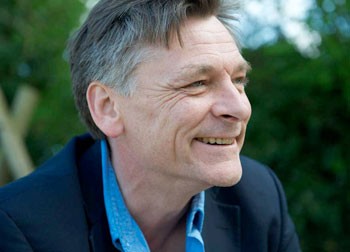 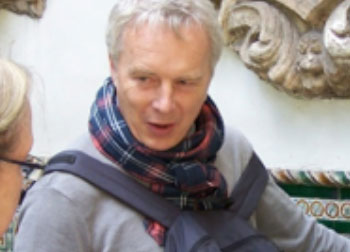 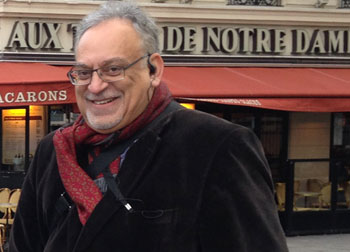