“I am still on a New York City art high. To have seen so many of the things I’ve always wanted to see—some unexpected—was a tremendous privilege and delight. Your company is great at making tours into a grand experience. Any one day would have been worth the journey, and we had five.”
~ ELAINE D., AUSTIN

Indian, Hispanic and Anglo culture in one fabulous city and landscape, plus Georgia O’Keeffe. Spectacular opera venue in August.

Tours of “America’s Best Idea” with leading historians and naturalists.

Trail of the Great Bear
From Glacier & Banff to Yellowstone

The Everglades & the Florida Keys
A natural wonderland and the only sub-tropical region of the
continental US.

Birds & Baseball
Birding by morning, spring training by afternoon in Florida or Arizona.

Vancouver, BC and Seattle
Vibrant cities amidst mountains, forests and water. 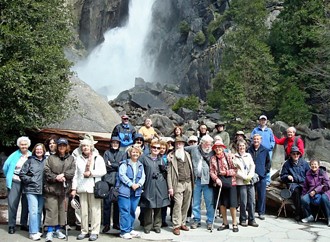