CONTACT:
Minnie Prince of KUSC at 213-225-7534 or mprince@kusc.org to reserve your place on the tour with a credit card deposit, or send a check made out to The Grand Tour for the deposit amount to: KUSC Saxony Tour, KUSC, PO Box 7913, Los Angeles, CA 90007. Registration materials can be downloaded from www.kusc.org

QUESTIONS? Contact Minnie Prince at KUSC or The Grand Tour at 800-727-2995 / info@thegrandtour.com

The highlight is the wonderful, city-wide BachFest in Leipzig, where you will attend five magnificent concerts by some of the world’s most renowned Bach interpreters, including great choral masterworks, recitals by renowned pianist Sir Andreas Schiff and violinist Isabelle Faust, and a concert by the Gewandhaus Orchestra, the oldest in Europe. In Dresden, you will attend performances at one of the most beautiful theatres in the world, the Semper Opera, including Verdi’s powerful Nabucco, starring legendary Placido Domingo in the title role, and Mozart’s delicious The Magic Flute. And there are several private concerts exclusively for the group. A musical feast! 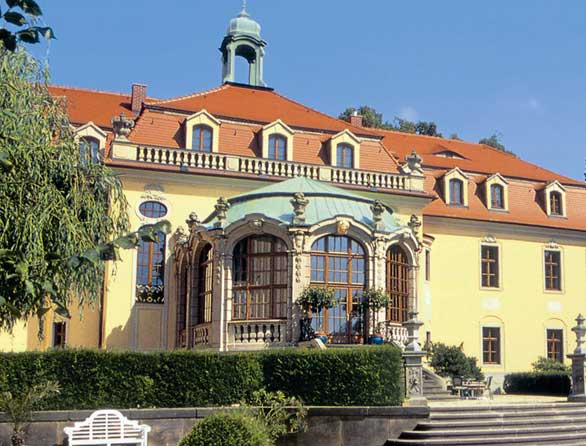 As a prelude, your journey begins in magnificent Dresden, often called “Florence on the Elbe,” a city literally risen from the ashes of World War II devastation. From there, we’ll make excursions to tour the renowned Meissen Porcelain factory, and travel into “Saxon Switzerland” with a private boat ride on the Elbe. Leipzig has been home to more major composers than any other city in Europe outside Vienna. We trace Bach’s genius in sites around the city and also visit Mendelssohn’s last home. A day trip to Weimar, where Bach lived eight years is led by that town’s Bach Society president. All along the way we’ll meet other titans of German culture such as Schumann, Wagner, Liszt, Martin Luther, Goethe, Schiller, and many others. Five-star accommodations, fine dining at top restaurants, all the outstanding music and Alan’s commentary make this a glorious journey through the musical and historic landscapes of one of Europe’s premier destinations!

Arrival in Dresden and check-in at the lovely Hotel Bülow Palais, a Relais & Chateaux property in the Baroque Neustadt district, little damaged from the war. Our welcome dinner is in the hotel’s elegant, Michelin-starred, Caroussel Restaurant.

Breakfast daily at both hotels. This morning, we tour the beautiful city of Dresden lying on the River Elbe. Many of its historic monuments, shattered by the Allied bombing of February 1945, have been completely rebuilt virtually as they were. We’ll visit the remarkable, domed Frauenkirche, and hear a private organ recital in the city’s Cathedral. Lunch is at a fine restaurant on the Theaterplatz. Two private events grace this evening: first, a private after-hours tour of the magnificent Green Vault, filled with the most unique items from the largest collection of treasures in Europe; then a short distance away, the group will hear an exclusive private concert in the pretty, baroque Cosel Palais, built in 1765. 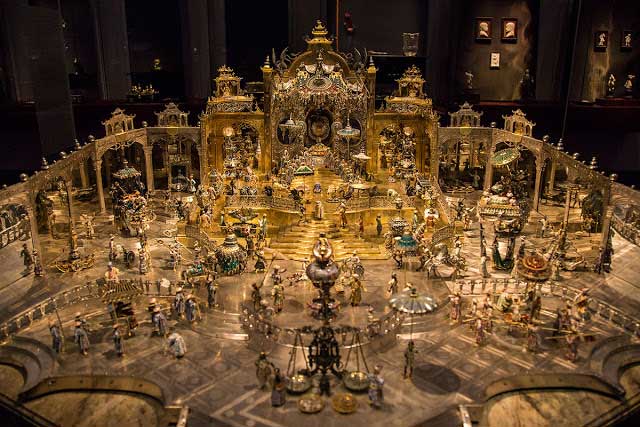 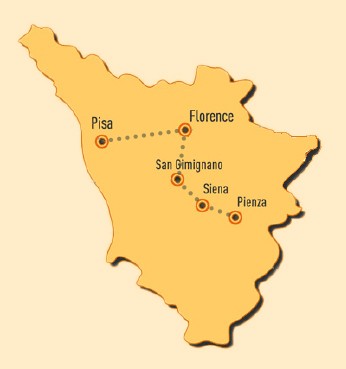 *Tour begins June 11 in Dresden
Tour limited to 25 participants, or as space allows.

• Private concerts and recitals in Dresden, Leipzig, and Weimer exclusive to the group

• Excursions to Weimar, the Meissen porcelain factory, Pillnitz Castle, and the mountains of Saxon Switzerland

• Private guided tours to major sites in both cities and elsewhere led by expert guides, including an exclusive after-hours tour of the Historic Green Vault in Dresden

• Commentary by KUSC’s Alan Chapman throughout the trip

• Private air-conditioned motorcoach transportation for all activities on the tour 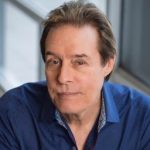 Alan Chapman is a radio personality, educator, composer/lyricist, and performer. In addition to his weekday broadcasts, he is the host and producer of Modern Times on Saturday nights, and appropriate for this tour, host of Sunday morning’s A Musical Offering highlighting the Baroque period. He is currently a member of the music theory faculty of the Colburn Conservatory, where he designed a music theory curriculum for the Master’s Degree program. His songs have been performed and recorded by many artists around the world and have been honored by ASCAP, the Johnny Mercer Foundation and the Manhattan Association of Cabarets. His larger works include the children’s opera Les Moose: The Operatic Adventures of Rocky and Bullwinkle and Peter and Mr. Wolf, the story of an eighth-grader’s tribulations in finding a science project. He is much in demand as a creator of original musical material for special events. Alan frequently appears in concert with his wife, soprano Karen Benjamin.